Category Archives for "Questions for a Realtor"

Would you spend a minimum of 5 million dollars for each of these 30-second ads?

I was reading about Super Bowl 50 and the cost of ads. While searching, I had to check out my two favorite topics real estate and golf. Here are some interesting facts plus the two ads that will air from Realtor.com during the Super Bowl.

Increase in Results after Super Bowl

PS. I did not see all these ads during the Super Bowl did you? Specifically, I did not see either Realtor.com ad or the Guaranteed Rate video. Did anyone see these during Super Bowl just before or after the main event?

My favorite is the Apartments.com video and then the ​Realtor.com All Things Real Estate. How about you?

Lockbox vs Ziptours – Realtors what do you think?

[Question for a Realtor] Would you ever give your buyers your lockbox codes to tour listings on their own?

There is a company that did exactly that to the tune of 1000 showings in September, called ZipTours.

I am really curious about what you think. I am trying to imagine a homeowner being okay with this. I know I wouldn’t be. I want you to imagine that complete strangers that a Real Estate agent gave your lockbox security code to is able to open your door and come on in. A company called Marketplace Homes developed ZipTours.​

​Below is an excerpt from the inman article. Here is a l﻿ink to the ori﻿ginal article 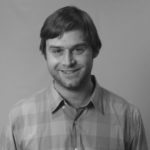 She followed the pair into the house. “Oh, yeah, we’re the buyers,” she recalls them telling her when she confronted them. “And here’s our agent.” 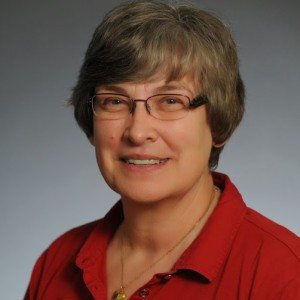 They pointed a smartphone at Wiley. A face on the phone greeted Wiley and confirmed that she was, indeed, the couple’s agent.

Wiley clutched the listing’s lockbox and key, unsure how to respond. Then the agent on the smartphone volunteered the correct lockbox code, so Wiley reluctantly handed over the security devices.

“I needed to leave with my buyers,” said Wiley, an Ann Arbor, Michigan-based agent who works at Coldwell Banker Weir Manuel. “What I wish I had done was write down the people’s names.”

The buyers that Wiley encountered were using ZipTours, a property-showing platform that’s allowing buyers to get into listings throughout the Detroit metropolitan area without being physically accompanied by agents.

Despite pushback from the industry, ZipTours may herald the emergence of technology that allows many more buyers to tour at least some types of listings without an agent physically by their side.

Some agents say ZipTours creates security and legal risks, but Livonia, Michigan-based Marketplace Homes, the discount brokerage that developed ZipTours, points out that ZipTours is built on the same foundation of mutual trust that underpins new-wave tech juggernauts like Uber and Airbnb.

The ‘safest system to show a home?’

“I can state with certainty that ZipTours is the SAFEST system to show a home in the world,” wrote Marketplace Homes CEO Mike Kalis in an email.

He added that ZipTours is looking for partners and may be willing to offer some agents and brokerages access to its system for free.

Am I the only one concerned about this? They mention that the trust required is similar to Airbnb and Uber. I personally don’t think its the same except in concept. It just not that much of a stretch from Taxi Driver to Uber. The vetting process with Airbnb you have complete control over. You the homeowner has the control and if your comfortable with that its your call. I’m slightly relieved after reading the comments in the inman post. The good news is after you have read the article there are plenty of people with opinions like mine.

Let me know what you think about this and if your are for it or against it in the comment section below.​

[QUESTION for a REALTOR] Would you let a buyer tour your clients property without you. In this article I share my...Posted by MB Buzz on Saturday, October 10, 2015

REollow – CRM for Realtors. Empowering You To Win More Deals

Show Me More About REollow

Do you want more for your business? Are you struggling with how to get more clients in the door? MB Buzz product line up is designed to create more clients and client loyalty.
HIRE US NOWI WANT MORE INFO / I HAVE A QUESTION